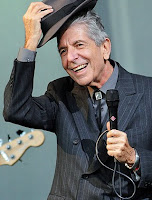 Now that the stars have gone back to Hollywood, I can say that our boycott of the Toronto International Film Festival was a success. True, we got tons of negative press, with lots of people observing that we’re idiots and bigots. But for two solid weeks, we got to say nasty things about Israel, and the media reported it – and after all that’s the point, right?
But, oh dear. John Greyson withdrew his little documentary on the Sarajevo queer festival in order to spark the “Boycott TIFF!” movement, and it’s not like anyone’s exactly clamouring to see his flick.
I thought it would be cool to get it shown in Gaza. But the Hamas minister of culture? He wasn’t entirely encouraging.
He’s like, “Dear, Ms. Clean: I’m afraid our policy is to ban un-Islamic activity. Normally, if anyone tries to show a movie in Gaza, we shoot him in the knee and send him to an Israeli hospital. But for Mr. Greyson’s homosexual film, we will behead him. Yours in solidarity, etc. etc.”
Oh, well. Maybe I can organize a special showing at Le Select Bistro, the Toronto restaurant that sparked the “Boycott the Royal Ontario Museum!” movement.
It’s like this: Israel lent the ancient Torah scrolls and other fragments of Hebrew holy books known as the Dead Sea Scrolls to the ROM for a special exhibit. Whoa! Talk about cultural imperialism. Those scrolls are Palestinian!
I’m so upset no other restaurant in Toronto gets this that I’m boycotting all of them!
But most especially, we’ve got to boycott the Liquor Control Board!
Listen: I’ve got two favourite groups – the Israeli Apartheid Coalition, which tries to keep Zionists apart from the rest of mankind, and Co-dependent Jewish Voices, a group for Jews who have converted to anti-imperialism but are still confused. You might have heard them called Lefty Jews for Jesus, because of their identity issues, don't you know, and because the United Church funded them (but regretted it).
Anyway, the Apartheid Coalition and the Co-dependents organized a demo against the LCBO, because it sells Israeli wines. And what happened? Hundreds of Jews showed up and bought out the store’s entire stock! That’s so not fair!
And Zionists play the same trick all the time. The Tel Aviv films at TIIF all sold out, and ticket sales for the Dead Sea scrolls skyrocketed. Now marketing people actually phone and ask to be boycotted!
Don’t let it get you down, though, because next, you’ve got to burn all your Leonard Cohen books, CDs and posters.
Whenever those of us in the movement hear that some musician plans to tour Israel, we bombard them with mail, begging them to enforce Israeli apartheid. But they ignore us! They just go and play concerts in Tel Aviv and Jerusalem, as if Israelis are people, too.
And don’t forget to boycott Starbucks – though maybe you already know about this from the news. British anti-Zionists decided that the chairman of Starbucks, Howard Shultz, has a Zionist-sounding name, so they started fire-bombing Starbucks franchises. Whoa! Talk about revolutionary.
The next step was a biggy for me because I’m no longer a perky 14-year-old, but you’ve got to boycott Wonderbra. Not many people know this, but they’re a Zionist entity!
So how do you get this info? Well, the Apartheid Coalition keeps a list and so does Stormfront. But if you visit their site, don’t go thinking the swastika and the Iron Cross are anti-Zionist symbols. True, Marc Garlasco of Human Rights Watch thinks SS jackets and Iron Crosses are way cool, but his fetish hasn’t been approved yet.
Next, whatever you do, stay out of hospitals! Okay, maybe you’ve been in a horrific accident, but the miracle procedure that could save your life was probably developed in Israel! Better to take two aspirins and stay in bed.
In The Shock Doctrine, Naomi Klein – who is the coolest anti-Zionist ever – she says Israelis actually like terrorism, because it creates a market for stuff they’re good at making.
I confess, at first I couldn't get my head around this, but when I thought about how important Israeli medical know-how is to the world, it began to make sense!
Finally, to enforce Israeli apartheid, we’ve got to get radical. Think about this: the first two Hebrew letters are alef and bet. Yes, Alef-bet … Alphabet! So, as of the end of this sentence, I’m taking the ultimate step and boycotting the written word – that’ll show those Zionists!
Note: Additional instructions on boycotting Zionist entities can be found on YouTube here: http://www.youtube.com/watch?v=saeky9I5T9c&feature=related
Nora Clean” was previously published on Harry’s Place here and on Dust My Broom.
Posted by Brian from Toronto at 5:39 AM No comments: