The United Church has a Jewish problem 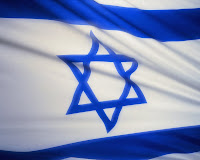 The anti-Israel activists in the United Church of Canada outdid themselves this year. For the church’s national Council, they tabled four anti-Israel proposals that were unrivalled for venom.

Three of the proposals came from Toronto (the fourth from Montreal) and were the work of a small clique of Israel-bashers who use the United Church to promote their agenda. But it’s no accident that Israel-haters find the UC a comfortable home.

Although it recognizes Israel’s legitimacy as a Jewish state, the UC consistently objects to Israel defending itself against attack. Instead, it spreads the lie that Israel is guilty of “collective punishment and violence … on the Palestinian people.”

There is, of course, one side in the Palestinian-Israeli conflict that targets a civilian population, but it’s not Israel.

The UC does call on both the Palestinians and the Israelis to end all violence but the UC blames only Israel. In January, Reverend David Giuliano, Moderator of the United Church of Canada (the church’s highest official) called the violence a “consequence of the hatred and hostility bred by the occupation.”

So, according to the Moderator, not only is Israel responsible for its own deeds, but also for breeding hatred into the Palestinians. Thanks to the Israelis, the Palestinians can’t help themselves; they’re compelled to fire rockets at hospitals and lob mortars at kindergartens.
The Moderator’s stance is bad enough, but even worse, no matter how vile the Israel-haters within the church become, the UC still defends them.

The Reverend Bruce Gregerson, a spokesman for the UC, admits that seeking to undermine Israel’s existence is antisemitic. But, he says, the boycott proposals merely tried to encourage Israel “to make moves toward peace.”

Uh-huh. Israel is a liberal democracy like Canada, committed to the equality of all its citizens. Yet the proposals called Israel “evil” and compared it to apartheid South Africa – a racist state that was removed from the political map.

The proposals called on the people of Israel to be cut off from the rest of humankind, with a boycott of all Israeli athletes, scholars and cultural institutions.

They called for economic warfare against Israel, with a boycott of all Israeli products and of all “companies supporting the Zionist policies of Israel.”

The process boycotters use to identify Zionist companies is mystical but apparently productive, as the proposals listed dozens, including the Arsenal Football Club (owned by Jews, you know), Huggies diapers, and Victoria’s Secret lingerie.

As a resolution to the conflict, the boycott proposals called for the 4 million descendants of Palestinians displaced by Arab wars against Israel to be allowed to settle in Israel and thus end the “evil” of Zionism by transforming Israel into another Arab state.

On the other hand, the boycotters didn’t urge the Palestinians to do anything. They didn’t call on the Palestinian Authority to resume peace talks, even though Israel has repeatedly offered to do so.

Nor did the boycotters urge Hamas to give up on terror, recognize Israel, or even renounce their ambition to slaughter Jews everywhere, as called for in Hamas’s constitution. The boycott proposals didn’t even refer to Hamas except to confer legitimacy on it as “the newly elected Palestinian party.”

Moreover, while seeking to wipe Israel off the map and implicitly siding with the terrorists, the boycotters spread the lie that some Jewish members of Parliament are Israeli citizens and implied they’re potential traitors.

As it turned out, the Council rejected the language of the proposals – the references to apartheid, the suggestion that Jews are disloyal and so forth, and it rejected a national boycott as too divisive.

However, the Council did invite member churches to boycott Israel and reaffirmed its stance that Israel is solely to blame for the conflict, calling on its churches to “resist the occupation.”

I’m disturbed that the UC has adopted the language of terrorists.

Moreover, if Israel were to withdraw from the West Bank without a peace agreement, expecting it to become a launching pad for rocket and mortar attacks as happened with Gaza, would this satisfy the United Church?

Not for a moment. The Council declared Gaza still occupied, although every last Israeli left years ago. Apparently, like the rest of the anti-Israel crowd, the UC can’t stand to let the occupation go.

Finally, the Council committed itself to the World Council of Churches’ Amman Declaration, which calls for settling millions of Palestinians in Israel, thus transforming it into an Arab state.

At the Council, many representatives did speak in Israel’s favour, and doubtless these speakers represented the majority of ordinary church members.

However, as an institution, the United Church of Canada used this Council to assert its abiding hostility toward Israel.

Ah, well. I’ll do my bit by spending against the boycott. The kids are too old for diapers, but I’m sure my wife would like some Zionist lingerie.

This article previously appeared on the Dust My Broom blog, and on Harry's Place in Britain. It was first published, in a shorter version, in the August 20, 2009, Jewish Tribune, a community paper published weekly by B'nai Brith Canada.
Posted by Brian from Toronto at 8:20 PM 6 comments: 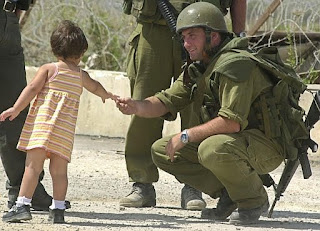 Another day, another tale of Israeli soldiers misbehaving. The last time this happened back in March, I was horrified when I picked up my Toronto Star and read about Israeli soldiers saying they’d witnessed deliberate murders of Palestinians. But then I took a deep breath and reminded myself that such “news” is usually bogus.

Sure enough, the next day, it began to come out that these weren’t eye-witness reports, merely rumours, and that some of the soldiers passing on stories of abuse weren’t even in Gaza.


No real surprise. The Israeli army (the IDF) has a well-deserved reputation for professionalism and decency. Most of the soldiers involved in large operations are ordinary people, like me and you. They were called up to help clear the rocket launching sites out of Gaza, and they behaved well and occasionally heroically. (See here.)


However, the Toronto Star followed up its original yarn with an article explaining how war dehumanizes, resulting in indiscriminate killing. This story tried for even-handedness in that it wasn’t just about Israel.

It noted how the Palestinians glorify terrorism and referred to Hamas’s TV programming for children in which J is for Jihad and S is for Shahid – a martyr who kills Jews for Allah.
But the Star’s premise was all wrong. In this conflict, only Hamas targeted civilians.

Indeed, not only does Hamas attempt to murder Israelis, it’s also careless of Palestinian lives. Its soldiers shed their uniforms and hid behind civilians. They used mosques as weapon depots and fired upon Israeli troops from houses.

For its part, Israel went to extraordinary lengths to spare civilians, individually phoning residents of buildings and warning them to get out – a level of care never taken by any other army in the history of warfare. (For a military perspective on this see here.)

When the IDF eventually released the results of its investigation into the allegations, the Star did report it, but as in most of the media, the article was brief and buried in the back pages.
Worse, after stating the IDF had dismissed the allegations as hearsay, the bulk of the story repeated details of some of the worst allegations. And of course it’s details that stick in a reader’s mind.

The Star also left out that the IDF had meticulously tracked the rumours back to their sources and found they were simply untrue.

That won’t happen again, because this time around, the sources of the rumours have been carefully concealed.

For Israel’s reputation, this makes little difference. If the IDF were able to investigate the allegations, the media would again report the conclusions in a paragraph buried in the back pages and would again use the IDF’s report mainly as an opportunity to refresh the original allegations.
This isn’t malice (not usually). It’s just that when the Toronto Star headlines a story: “Israeli troops run wild in Gaza,” it sells papers. A story headlined: “Israeli troops behave well” is merely true.

“If it bleeds it leads,” as the saying goes. So when a source offers them blood, journalists have a hard time saying no, even if the story can’t be verified and the source has an axe to grind.

Breaking the Silence claims the stories come from soldiers who were in Gaza and claims they edited the stories only to conceal the soldiers’ identities. But because of that concealment, not a word can be verified.

Nonetheless, most media applied little scepticism. The Toronto Star put the story on the front page, with the sensationalist headline: “Gaza invasion: ‘If you’re not sure – kill.’” But midway through, the Star did at least get around to mentioning Israel’s side of the story.

The Globe and Mail’s article was much worse, with no pretence of even-handedness and not a whiff of skepticism.

The CBC article noted the difficulty of verifying any of the information, gave space to the IDF’s rebuttal starting in the second paragraph – not halfway through the article – and as befits such a dodgy story, CBC.ca buried it in the back web-pages.

By foregoing sensationalism, the CBC surely missed getting people’s attention. But they kept their integrity, and hopefully, in the long run, that counts for more, even in the news business.


Of course it's possible that some of the stories reported by Breaking the Silence are true or partially true. In every war there's a danger of soldiers abusing the civilian population. It's occasionally happened with Canadian soldiers and with Israeli soldiers, too.


We know this because, like all well-disciplined armies, the IDF investigates allegations of abuse and, when evidence of a crime exists, prosecutes. The other day, a soldier was convicted of stealing a Palestinian's credit card, and the IDF is pursuing a dozen other criminal investigations.


But by concealing the soldiers' identities, Breaking the Silence has insured that nothing can be done about their allegations - no investigation, no disciplinary action or exoneration, no changes made to do a better job of protecting civilians next time around.


But then Breaking the Silence isn't interested in protecting Palestinian civilians. The Israeli army is much more interested in doing that.

A shorter version of this piece previously appeared in the July 28, 2009, Jewish Tribune, and on Dust My Broom.
Posted by Brian from Toronto at 1:39 PM 3 comments: