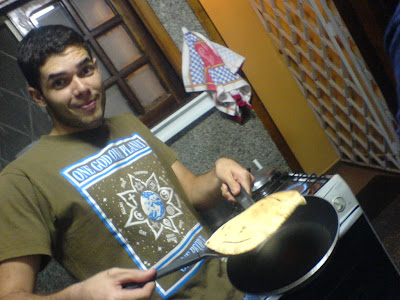 Slanting the news, or bias, can be illustrated by a recent CBC.ca article, “Is Netanyahu's promised moratorium coming undone?”

This article was slanted to suggest – incorrectly – that Israel is reneging on its moratorium on construction in the West Bank and that it wasn’t a significant concession to begin with.
The CBC article also claimed that, in his Cairo speech in June, US President Barack Obama called on Israel to freeze settlement construction: “as a precursor to good-faith negotiations.”

Obama did call on Israel to freeze construction but he didn’t suggest that this needed to happen as a precursor to peace talks or that, without a freeze, Israel’s good faith was in doubt. The CBC reporter added those bits herself.

The CBC doesn’t usually twist the news so obviously, especially not since Tony Burman, the CBC’s former editor-in-chief, switched jobs and started working for al-Jazeera.

I think the Toronto Star now tries to play fair, too, although its stories about Israel used to be at least as twisted as the CBC’s.
However, even without deliberate bias, reporting on Israel will always be negative. It’s in the nature of journalism.
Israel is a multi-cultural marvel, a high-tech giant, a world leader in medicine, but news about Israel will always focus on war and conflict. Consequently, the media will create the impression that Israel is the place where people are always fighting.
The media treats both sides in a conflict as if they were equally legitimate. In consequence, news stories blur the distinctions between a liberal democracy like Israel, a corrupt regime like the Palestinian Authority and a terrorist death cult like Hamas. Over time, the news tends to make them look pretty much all alike.
The media also treats the spokespeople for the various actors as if they were all equally reliable. Of course, this is nonsense. Palestinian spokespeople lie all the time.
Any journalist with illusions on this score was surely cured of them years ago when Palestinian sources, including chief spokesman Saeb Erekat, repeatedly claimed that Israel had massacred at least 500 Palestinians civilians in Jenin and bulldozed them into mass graves.

Of course, the “Jenin massacre” turned out to be a fairy tale, and since then Palestinian spokespeople haven’t grown any more reliable. Journalists know this, but in the name of being even-handed, they report what the Palestinians say and what the Israelis say, as if these sources were equally reliable.
The media has to work fast and reports breaking news before they have time to check whether it’s true. This gives liars a huge edge, and because the Israeli Defence Forces investigates what happened before making statements, they’re at a fatal disadvantage.
The media likes violence; if it bleeds, it leads. A Toronto Star story headlined: Israeli soldiers run wild in Gaza gets the front page. A follow-up about how, as it turns out, Israeli soldiers acted rather well gets buried on page 20. Because, you see, that’s not news; it’s merely true.
Finally, the media is lazy. Consequently, reporters are suckers for propaganda stunts such as Palestinians pulling down a section of Israel’s security barrier on the anniversary of the fall of the Berlin Wall.
The Berlin Wall and the Security Barrier have nothing in common. So what? The story has good visuals and gives the media something to put on air.
The net effect of all this is that the more Israel is in the news, the more people will tend to think that the Israelis and the Palestinians are the same – bloody-handed mirror images of each other. This isn’t the result of anti-Israel bias; it’s much worse than that: it’s the nature of contemporary media.
What can be done? Well, it’s important to complain when our media does a lousy job. The CBC has no business airing idiotic stories comparing the barrier Israel built to keep out suicide bombers with the wall the East German's erected to prevent people escaping their brutal regime. We pay the CBC; we have a right to demand better.
But I’d suggest the priority is to try to take Israel off the agenda (at least as much as possible). What Israel needs is the indifference that the media shows to all other low-level conflicts in far corners of the world.
So when I write to the CBC or wherever to complain about a story – and I do that a lot – I also ask why they’re doing a story about Israel in the first place. Couldn’t they please give us more news about Pakistan, India or Russia, or other parts of the world that are vastly more important than Israel?
As Jews, we’re endlessly interested in Israel. Antisemites devour news about Israel because hating Israel is their reason for existing. And the media has a serious Israel habit, I think just because it’s their longest-playing soap opera.
But most Canadians would like to change the channel. With a bit of prodding, I think the media might oblige them.
Photo: Israeli youth wearing a One God, One Planet t-shirt

A shorter version of this article previously appeared in the December 15, 2009, Jewish Tribune, a community paper published weekly by B’nai Brith Canada, and at the Canadian blog Dust My Broom.
Posted by Brian from Toronto at 4:30 AM